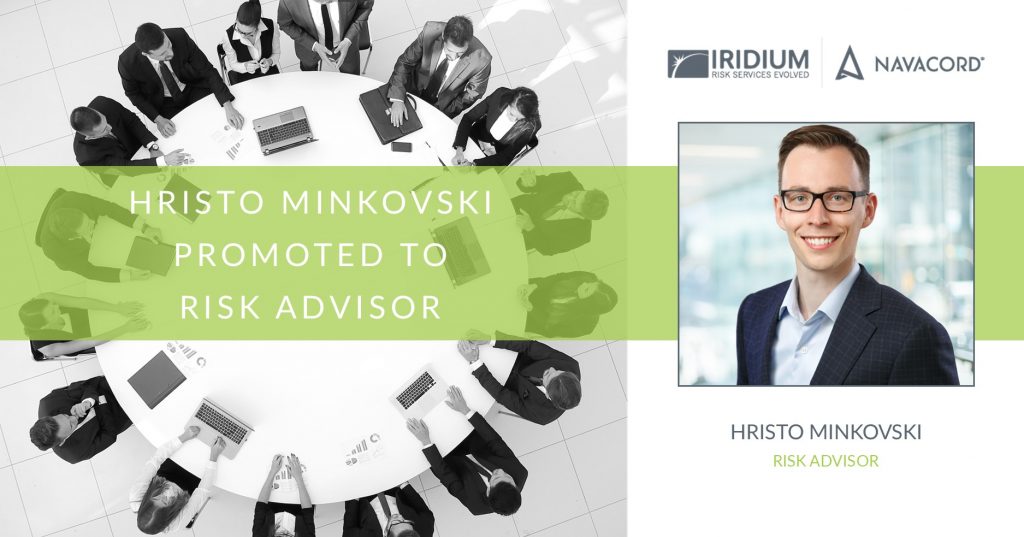 We are very pleased to announce the promotion of Hristo Minkovski to the role of Risk Advisor at Iridium.

Hristo joined Iridium in 2014 as a Risk Technician and was promoted to a Risk Consultant in 2019. Hristo works primarily with E&P clients. He received his Bachelor of Commerce from the University of Calgary Haskayne School of Business in 2013, with a concentration in Finance. Prior to joining Iridium, Hristo worked in the banking sector.

Hristo’s promotion to the role of Risk Advisor reflects his continued dedication to Iridium’s Core Values, the valuable relationships he has built in the domestic and international insurance marketplace and his expertise in our sector.

Please join us in congratulating Hristo on his promotion!